Porsche Design There are 19 products.

Porsche Design presents lifestyle products of the highest standards. A special figurehead is the Porsche series of high-quality lighters for cigars, cigarettes or pipes. In addition, Porsche Design also has a very chic series of cigar cutters.

Ferdinand Alexander Porsche is the designer of the legendary Porsche 911er, which is reissued in a cited form with each series. His design is one of the timeless and most consistent creations in the field of the automobile. Perfection that can not be improved. At the beginning of the 70s the enterprise changes. Porsche KG becomes AG, the family members withdraw from the operative business. Ferdinand Alexander Porsche remains the seat on the supervisory board, he has to give up his job as chief designer - that's the rule. He founded Porsche Design in Stuttgart in 1972, more driven by his creative urge than by a profitable business idea. Porsche Design stands today in this tradition. The assortment covers different categories of clothing over suitcases, jewelery, watches, of course lighters up to fragrances, writing utensils and spectacles. Each product group starts with a P followed by a four-digit number. The first digit indicates the product group. In the case of Porsche lighters this is category 3.

So if you are looking for suitable accessories for your Porsche 911, Porsche Design is the place for you. Your lighter or your cigar cutter in the tradition of the Porsche 911 is available from us. 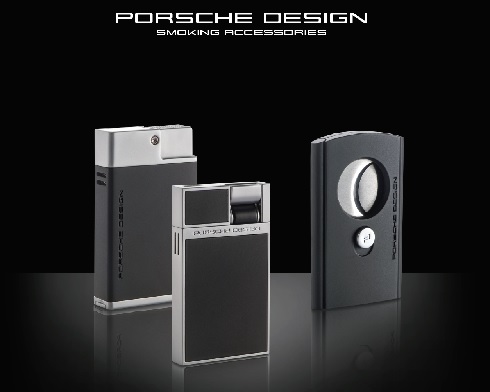 Porsche chases from one record to another. Sales and turnover increase. The Zuffenhausen-based company is the most profitable car manufacturer in the world. We give ten reasons why this success was achieved.

Brand image
Anyone who drives a Porsche can be sure that he or she has an exclusive car. This is exactly what the global brand strategy is based on. In 2004 Porsche received a marketing prize. The jury was particularly impressed by the revitalization of the Porsche brand.


Prize
The cheapest model, a Boxster with 245 hp, costs from 45,309 euros. Porsche could sell its cars cheaper. But then the exclusivity would no longer exist. The price, precisely because it is so high, is an important buying argument for many buyers.

Quality
A Porsche rarely breaks down. It hardly appears in the ADAC breakdown statistics. Among customers in the USA, the Zuffenhausen-based company even achieved the top rank.


Reliability
Hardly any other car lasts as long in traffic as a Porsche. The percentage of all vehicles ever built that are still on the road is 70 percent. A peak value.

Production costs
Like all car manufacturers, Porsche is trying to reduce production costs. The bodies for the Cayenne SUV, for example, come from the VW plant in Bratislava. The Porsche parent plant in Zuffenhausen produces the engines. Final assembly takes place at the Leipzig plant.


Development of new models
To cushion the financial risk, Porsche developed the platform for an off-road vehicle together with VW. Porsche calls it the Cayenne, at VW it is called the Touareg.

Independence
Size alone does not guarantee success. DaimlerChrysler AG had to experience this painfully. Porsche, on the other hand, as the smallest German car manufacturer, has always maintained its independence. It is part of the company philosophy.

Inventiveness
Porsche can reinvent itself and adapt to the market whenever it needs to. For example, climate protection is also forcing Porsche to rethink. Head Wiedeking once said that even a Porsche powered by hydrogen could be great fun.