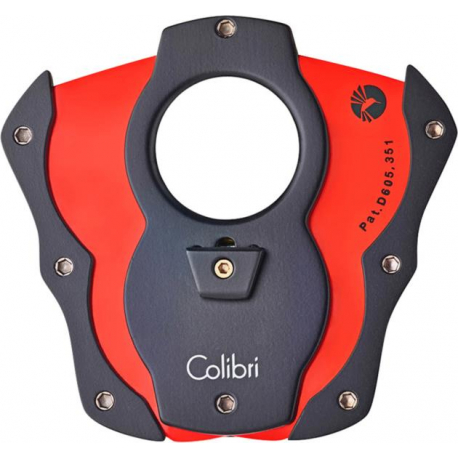 Finally, V-Cut Cigar Cutters take back their prominent role, which they once occupied.
There are multiple advantages of a V-Cutter compared to regular cutters. The opened surface is quite large. At the same time, damaging the wrapper is rather unlikely.

If you want to open the cigar even more, just place a second vertical cut to the first one and you will have a star-form opened cigar. Possible thicknesses in the head of the cigar are cut also, because of the deepness of the cut. Draw problems become more unlikely.

Last but not least a Vcut Cutter is very uncomplicated to use: Just place the cigar in the hole of the cutter and perform the cut. That procedure works blindly. These Cigarcutters are also very well suitable for the large formats, which became modern over the past years. A Vcutter is the perfect tool for a Robusto Cigar Smoker. Available from stock is also the Colibri S-Cut Cutter Qasar Line.

Be the first to write your review!